For example, how do you distinguish between 橋 (はし), 箸(はし) or 端(はし) when expressing them in Hiragana? Therefore, learning “kanji” is very important. As a Japanese teacher, I get one question from my students more often than any other: What is the most difficult kanji of all? In this article, we will show you the most complicated Japanese “kanji” that contains everything. You will understand how fascinating kanji is, so let us get started!

As you dive deeper into the language, you may wonder what the most difficult kanji are. In case you don’t know, “kanji” (漢字) are Chinese characters used in the modern Japanese writing system alongside hiragana and katakana. Japanese has three alphabets and over 2000 kanji characters to memorize.

However, it’s important to know that while Japanese can be challenging at times, it’s an exciting and unique language that’s incredibly fun to learn. As you dive deeper into the language, you may wonder what the most difficult kanji is. In case you don’t know, “kanji” (漢字) are Chinese characters used in the modern Japanese writing system alongside hiragana and katakana.

Before we continue, you should know that kanji consisting of the same character 2, 3, or 4 times are called “rigiji” (理義字). This is important to know because the meaning of a single kanji character can change when it’s imitated or combined with another. Test yourself and see how long it takes you to memorize the following “kanji”.

① Most People Think They Can Write, But Cannot

As in any language, there are words in Japanese that are frequently used both in conversation and in writing. It turns out that some of these words that native Japanese speakers assume they can write are quite tricky. When asked to write these words, they’ll probably pick up their pen and just before the tip of the pen hits the paper, they’ll suddenly freeze and their face will be confused. They’ll be surprised that they don’t know how to write them.

You’ll hear this word a lot in Japan at school and at work, mainly because the Japanese do so much of it every day. What makes this kanji so complicated is the unusual nature of each kanji character. The characters 挨 and 拶 are almost exclusively paired together. This means that there’s no other kanji pairing (at least not to my knowledge and that of the Internet) that contains either character in “Aisatsu” [挨拶].

Although soy sauce is an indispensable condiment in Japanese cooking, writing the word in kanji isn’t as easy as it seems. For this kanji and many others that are difficult and unfamiliar to many Japanese speakers, there’s another pair of kanji that’s sometimes used instead. The simplified version of 醤油 is 正油 (しょうゆ).

Much like “aisatsu” [挨拶] and “shouyu” [醤油], this word is one of those Japanese vocabulary words that everyone can read but mostly cannot write. Perhaps it’s this ubiquity that gives people the false illusion that they can write the kanji, when in fact they cannot. The second character, 沢 (たく、さわ – swamp), in “Zeitaku” [贅沢] is also a kanji that most people can write.

Some kanji are just too complicated to even begin to memorize. Learn these and you’re sure to be deemed a kanji master.

鬱 (うつ) is the epitome of complicated kanji. When Japanese people compete with their friends to see who can write the most difficult kanji, this word is among the first they ask their friends to write. The word is used frequently, especially alongside the character 憂 (ゆう) in the word 憂鬱 (ゆううつ), which means sad, gloomy, or melancholy. Both handwritten and typed, it’s often written in hiragana. With 29 strokes in a single character, it’s not only difficult to remember, but it’s also quite a feat to write it in a beautiful and balanced way.

Like 鬱 (うつ), 薔薇 is another notoriously difficult kanji that’s used a lot and that most people can read. But just like 鬱 (うつ), most people only know roughly what the kanji looks like and can’t copy it themselves. The characters themselves have a strange composition, especially the first character 薔, which means Persicaria hydropiper (water pepper). In this character, all the components of the upper half sit on 回 (turn), which is quite unusual for a kanji. Although it’s often written in kanji or katakana, you’ll also often see it written in Hiragana, so which form you use depends solely on your personal preferences.

It’s almost always written in the katakana form レモン, which has 35 strokes, and if you write it lowercase, the details of the strokes become very muddled and hard to make out. If you use the kanji 檸檬 instead of just writing レモン, the product looks royal and local because the word is written in kanji and not katakana.

③ Most People Do Not Know That Kanji is Actually Exist

“There’s a kanji for that?” You will probably be the response you get when you tell somebody about these characters.

This isn’t so much a complicated kanji as a virtually unknown one. Who in Japan would even think of writing “flamingo” in kanji? It’s always written in the katakana form フラミンゴ, but the kanji form isn’t difficult in terms of the individual characters. 紅 (べに、くれない、こう、く), meaning crimson, and 鶴 (つる、かく), meaning crane, are both taught in elementary school and are therefore fairly simple characters. But aside from the fact that no one knows that the kanji for “flamingo” exists, what makes this kanji so complicated is that it also falls into the category of “ateji” 当て字.

“Ateji” [当て字] is what you’d call kanji, whose pronunciation has virtually nothing to do with the traditional sounds of the characters themselves, and is normally used for words in the Japanese language that have been imported from other languages. In this case, the traditional pronunciation would be “Benizuru” [べにづる], while the pronunciation of “Ateji” [当て字] would be “Flamingo” [フラミンゴ]. However, since “Benizuru” [べにづる] isn’t a word we’d ever use for a flamingo in modern Japanese, it’s safe to assume that the kanji 紅鶴 essentially means “flamingo” [フラミンゴ].

Here’s a “kanji” whose existence is unknown to most Japanese speakers and which is extremely difficult to memorize. Like our previous word, “olive” is always written in the katakana form オリーブ in the Japanese language. Note that there are also two different ways to read this kanji: かんらん if you stick to the traditional sounds of each character, and オリーブ if you read the kanji as “ateji” [当て字].

First up on the list of kanji found in the Morohashi dictionary is this 48-stroke monster: Dō This one is made up of the same kanji “Cloud” [雲] four times and means “Widespread clouds,” which kind of makes sense.

Tied for 5th place is another 48-stroke abomination: Tō. Like the other #5, this one is a rigiji made up of the same kanji “Dragon” [龍] three times and means “A dragon moving” which also kind of makes sense. Why there must be three dragons and not some other part to it, that means “movement” or something, is a question for the ancient scholars.

Number three on the list is this 52-stroke horror: hyō/byō. This one is a rigiji too, made up of the same kanji “Lightning” [雷] four times, and means, well, “lighting.” It’s not entirely clear why you would write the same kanji four times instead of once if it’s just going to have the same meaning, but maybe this one is for when the lightning/thunder is really intense. No, like, even more than that.

“Sei” is yet another “Rigiji”, made up of the same kanji “Interested” [興] four times. This kanji is perhaps one of the most interesting on the list, as according to many Japanese dictionaries, it has no meaning. Many have tried to deduce the meaning as ‘deeply interested’ but there is no concrete and verified definition. “Sei” also has 64 strokes meaning it ranks highly on the list of Japanese characters with many strokes.

It is “Testu/Tech”, the other 64-stroke demon kanji, which has a definition: “Many words, verbose.” We have to say that’s a fitting definition, seeing as just this one kanji alone already has way too many words inside it. Just like the others in the top 5, tetsu/techi is a rigiji too, made up of the same kanji “Dragon” [龍] four times.

4. The Most Hardest Kanji

Taking it to another level is our next character which consists of 6 different kanji. It has 84 strokes and can refer to a person’s title. It is also only ever seen in a person’s surname. It is made up of “Cloud” [雲] which means “Dragon” [龍].

The last character is the most difficult on the list and consists of a whopping 108 strokes. In Buddhism, “Bonnō” are mental states that can cloud the mind and potentially manifest in harmful actions. Japanese Buddhists believe there are 108 bonnō, and they’re represented by the number of strokes in the kanji – 108. In modern society, bonnō is written as “煩悩,” which roughly translates as “that which disturbs the mind”. It’s highly unlikely that you’ll ever need to learn these kanji, but perhaps they can give you some motivation on a long night of studying.

What was that? Don’t you find the Japanese “kanji” so interesting? Now that you’ve learned some of the most complicated “kanji” in the Japanese language, hopefully, everything else will seem a little less scary. I hope this helps you and makes learning Japanese more fun. Good luck and have fun learning!

To sum up, this article, let’s review one more time the above information in the following points. Please kindly drop your comment in the column section below!

For further understanding about learning Japanese, please click the following link to get the other insightful article! 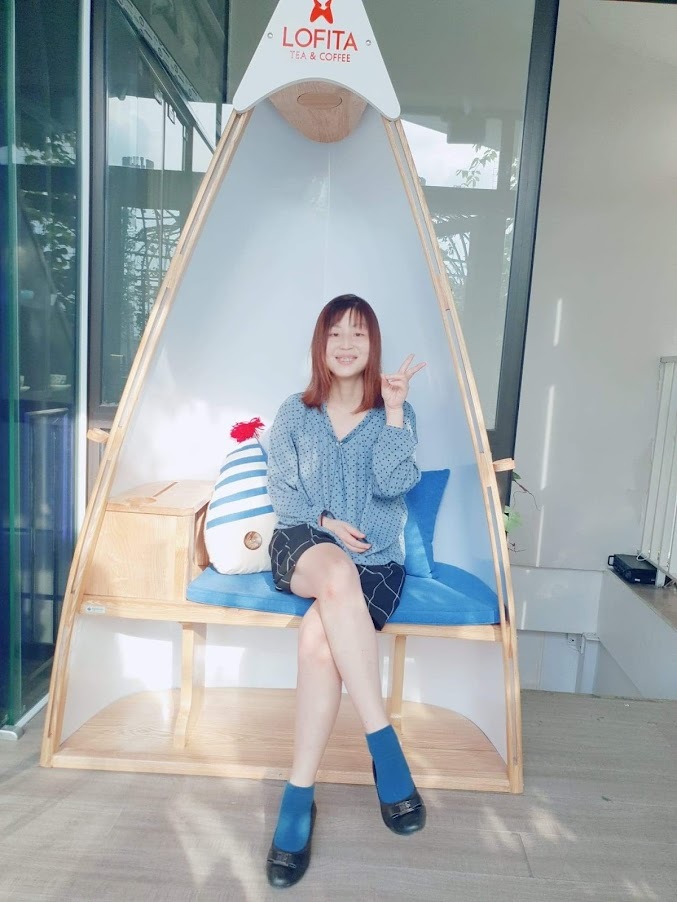